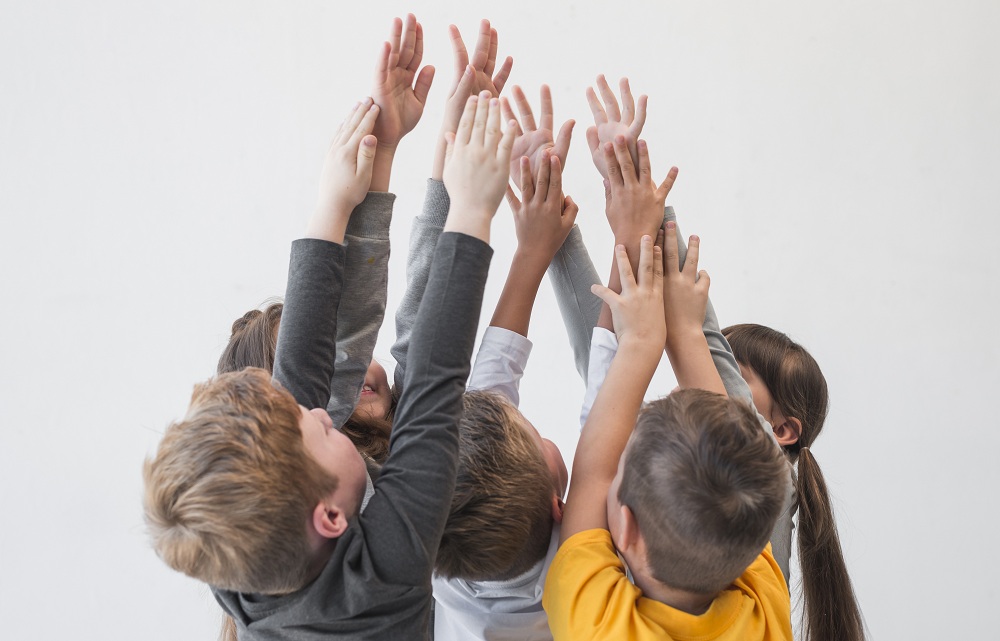 In our country where goddesses are worshipped, it is distressing to see that we are struggling with issues like Gender Sensitivity, Gender Bias, and Gender Equality. These issues have been receiving a lot of focus and talking, and yet we are dealing with these issues without much progress.

As schools are the temple of learning and education, we, educators, own up the responsibility of educating and empowering the young minds about respecting the opposite gender.  The education system is progressing slowly towards improving the gender sensitivity in the society, and we, as the mentors and guides of the young intellects, are here to serve as the torchbearers to educate the children about the need to value and respect all genders and acknowledging their uniqueness.

We, at Gurukul The School, a Top Ranking School in Ghaziabad, believe that there is a dire need to make the young generation understand that it is the God who has given each gender their position and that they are God’s creation. Hence, we must exhibit equality and appreciation for each human, irrespective of whichever gender they belong to. Once this idea gets instilled in their minds, they grow up to be more empathetic human beings. Here are some of the ways we can effectively seed respect for the opposite gender in children.

‘Strong people don’t put others down; they lift them up.’ This quote by Michael P. Watson can be looked up as an inspiration to take up the responsibility of respecting the other gender as a sign of personal strength and power. Teach children that it is indeed a responsibility to treat every human life reverently as it showcases how strong and concerned they themselves are. Without feeling burdened or pressurized by the rules, all of us should be naturally embracing towards all forms of life.

Children should be allowed to explore their views about gender equality and bring forth what is or is not fair as per their respect to the opposite gender. Let them understand, evaluate, and address how hurtful it becomes when someone does gender put-down. Acknowledge and honour children who stand up for other gender when they are facing discrimination or bias.

Research indicates that children form the concept of gender in between the ages of three and seven. They begin to form an understanding of gender norms, identities, and stereotypes at this age. It is this time when they also acquire strong gender biases, such as which jobs men and women should fulfil, who should play which sport, etc. If we teach kids gender equality during those years and how gender equality will make them enter a world free of these issues and concerns, they will be shaped into responsible citizens of tomorrow who will have their say in the matter.

Reflecting on our own attitudes and behaviours as adults

We, at Gurukul The School, strongly believe that it is equally important for us, adults, and particularly parents, to reflect upon our own behaviour, language, and attitude which can help to create a fair and gender-equitable environment for the young minds. Begin to use gender-neutral language like ‘they’ and ‘them’ instead of addressing ‘him’ or ‘her’. Extending equal opportunities for girls and boys in the conversation also makes them learn to respect the opposite gender.

At Gurukul, we believe that it is indeed the dire need of the hour to educate and train the young gen about the necessity of being more embracing about gender equality. It is essential that our children don’t just grow academically sound, but rather also have values, morals, and ethics that enable their growth into empowered and responsible citizens who can shape an equal society.