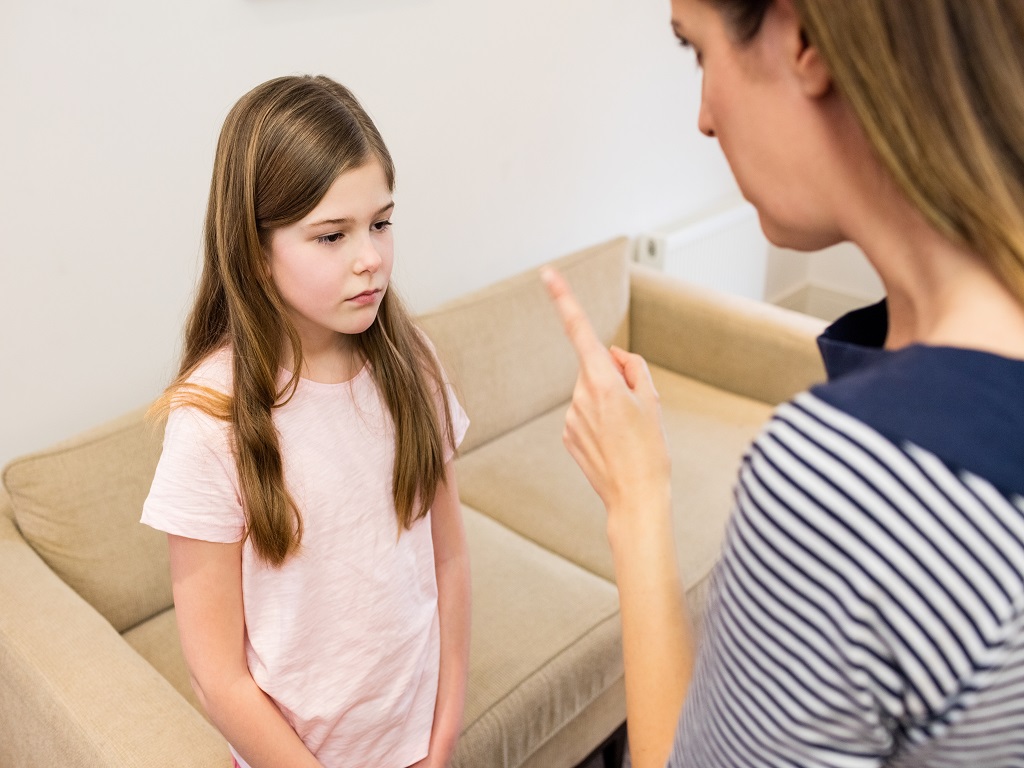 Children learn from replicating, and their ambiance and surroundings are the two principal factors that influence the character-building at an early stage. Long before a child comprehends the analytics of behavior; his/her own mannerisms are shaped. Hence, it is critical that kids are provided with a healthy, enriching, and positive environ. It is necessary to ensure that whatever they observe and imitate is exactly what you want the child to become in the future. If a child gets to listen to stories, poetry, rhymes, motivating words through its course of growing up, the mind of the child would learn virtues that would aid his/her growth into a humble human being. On the contrary, if harsh words and actions lead the way, the little one would fail to become a reasonable person, often surrendering to the behavioral imbalances.

No doubt, it is critical to rectify the kids at every wrong they do, but it is equally essential to make sure that your actions do not cause any permanent damage to their self-esteem. Thus, even if the kids get into doing something terrible, you must try and refrain from hitting the child, and instead, take a friendly way of rectifying the errors. Here’s why hitting can never be a solution to any problem, especially when it comes to children:

No parent would ever wish to expose their children to acts of violence. Surprisingly enough, parents themselves sometimes scold their kids and hit them with an outraging expression of anger, which immediately creates a negative impression on the child’s mind. Do not forget that the best source of learning for children is their parent’s behavior. If you hit them for their mistakes, they would not learn the virtue of compassion, kindness, and forgiveness. They would instead feel that indignation is the only solution for any misdeed. Give your child a healthier perspective of life and let them learn the noble virtues of life.

Studies have revealed that hitting and physically abusing the kids can make them stubborn. Children are tender by heart, but when they face ruthless behavior from their loved ones, they tend to lose faith and grow stubborn to defend their acts. Slapping or hitting your child would never make them realize the faults in their deeds. Instead, words of care, love, and wisdom would help them understand their mistakes better and also encourage them to abstain from such acts in the future.

Physical abuse or a slap seldom gets accompanied by a harsh expression and rough words that hurt the little minds and make wounds that are sometimes beyond healing. It also degrades the image of the parents in the eyes of the children, which, in turn, make the kids disobey their parents in the long run. A parent must keep in mind that while hitting, he/she is creating an impact that may not be reverted and can be of much harmful effect.

Hitting does no good

When a child makes a mistake, the same has to be rectified and corrected. But, abusing the child physically never does the same. It only generates a strained relation between parents and kids, which on the other hand, restrict the easy ways of discussions and advising that would have actually helped the kid to realize the error and correct it. If rectifying your child is the reason for hitting, it is the least potent means to do the same for sure.

We, at Gurukul The School, believe that the best way to treat kids, even if it is about remedying them for their mistakes, is to provide them with a compassionate environment where they do not fear of punishments but rather remain open to suggestions and feedbacks. At Gurukul, ranked among the Best Schools near Crossing Republik Ghaziabad, we have created a friendly atmosphere where each child is endowed with the freedom of expression and speech without posing any judgmental comments. We do not stand by the methods of rectification that lay through punishment. We treat our pupils with warm and tender care to make them feel at ease and to ensure spontaneous and enriching communication between teachers and students.